One of the more difficult things about running a bookshop (after the tax return and all other dealings with authority) is staffing the shop. Ours is quite a big shop and although I dearly love my job and regularly thank the Lord that I no longer work for Scottish Widows, I can’t be here all the time. On thursday mornings I go to an auction to buy books. On saturdays, depending on the time of year, I might be found at Easter Road watching Hibernian or at Inverleith Park playing cricket for Holy Cross 3rd XI or in Oban visiting the in-laws. Other days I might have to do a house call so it’s good to have someone else in the shop. Sometimes we even go on holiday.

If I gave a job to every Tom, Dick and Harriet who asked for one, as well as being bankrupt, everyone would get to work about 3 hours per week and I’d be constantly training people and seriously thinking about a return to Scottish Widows. On average we probably get 3 requests per week, rising to about 30 in the summer when the world and his wife come to Edinburgh and want a job for 2-3 months. Most applicants seem very nice and I’d love to give them a job if I could but unfortunately I have to explain that it takes about 2-3 months to train somebody properly so it’s not really in my interests to pay someone to learn the ropes and then see them disappear back to Brisbane, Barcelona, Bratislava, Baltimore, Balbriggan or whatever other Bally place they come from.

As I said, most of these folk seem quite nice and I always feel bad as I explain why I can’t give them a job. There are exceptions however. Yesterday a young Russian boy called Leonid came into the shop and told me why he thought I should employ him. Generally I have nothing against Russians: I read Dostoevsky, listen to Mussorgsky, download music from cheap(but apparently legal) Russian internet sites and I even plan to visit St. Petersburg and Moscow some day. This fellow, however, tested my Russophile tendencies to the limit as he explained why I shold be begging him to work for me. I tried the “how long do you plan to be in Edinburgh for” question which usually serves as an excuse to dismiss any unwanteds, and I thought I had him when he replied “2 or 3 months”. Even as I was explaing why this wouldn’t do though, he was changing his story, saying that actually he hoped to find a job somewhere and when the lucky employer found out how indispensible he was, they would immediately apply for a work permit on his behalf. Besides, he was “passionate about books”. “My passions” he said in his heavy russian accent”are books and wimen. All my spare time I spend rrreading books and talking to wimen so this would be peerfect job forr me” This was said without even the slightest hint of irony or the slightest trace of a smile on his face. I was beginning to get a bit scared of this modern day Rasputin so I asked him to leave a cv with me so that when I needed someone I could consider him. I don’t know if he believed me but he eventually left and I breathed a sigh of relief. I hope I don’t see him again though I have to say I would be quite curious to read his cv.

Colt, a theology student and my best employee, is unfortunately leaving next week. He is heading back to Amerikay because our useless government won’t renew his Malaysian wife’s visa. If she was a terrorist this would be understandable and quite reasonable but she’s actually a highly trained doctor who has lived here for the best part of ten years.

The gaping void left by Colt will however be temporarily filled by a student from Leipzig who is attempting to gain experience for life in the real world by doing her 3 month placement at Edinburgh Books. She doesn’t fit the profile for prospective employees as she will only be here for three months and doesn’t have fluent english but on this occasion I’m prepared to make an exception as we will be getting her on the cheap thanks to the German government. Whether working in an Edinburgh secondhand bookshop could ever prepare anybody for the real world is a moot point, but we’ll be happy to have her over our busiest time of the year.

When she leaves I’ll have to find someone else. Perhaps an English philosophy student fresh out of public school or a single mum who is writing a children’s novel in her spare time. Maybe even another American theology student who is good at everything he turns his hand to. Any of these would be fine but one thing is for sure: it won’t be Leonid, the Russian Lothario. 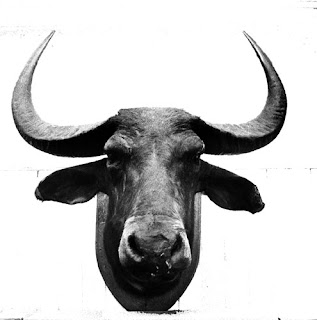 Thank you for the music
Scroll to top